Skip to content
Come and See His Temptation (Part 1)

Come and See His Temptation (Part 1)

This is the second sermon in our series, “Come and See…a study on the life of Jesus”

I don’t care if you’re new to the church and preaching. There is one area of theology that we all understand…temptation. We intuitively understand what it is, and we’ve all fallen into it.

So how do you define temptation? Temptation is pursuing and fulfilling what might be a legitimate need but doing it in an illegitimate way.

Matthew 4:1-11 says, “Then Jesus was led by the Spirit into the wilderness to be tempted by the devil. After fasting forty days and forty nights, he was hungry. The tempter came to him and said, “If you are the Son of God, tell these stones to become bread.” Jesus answered, “It is written: ‘Man shall not live on bread alone, but on every word that comes from the mouth of God.’ ” Then the devil took him to the holy city and had him stand on the highest point of the temple. “If you are the Son of God,” he said, “throw yourself down. For it is written: “‘He will command his angels concerning you, and they will lift you up in their hands, so that you will not strike your foot against a stone.’” Jesus answered him, “It is also written: ‘Do not put the Lord your God to the test.’” Again, the devil took him to a very high mountain and showed him all the kingdoms of the world and their splendor.  “All this I will give you,” he said, “if you will bow down and worship me.” Jesus said to him, “Away from me, Satan! For it is written: ‘Worship the Lord your God, and serve him only.’” Then the devil left him, and angels came and attended him.”

In the desert, God the Father put His Son in a challenging position. Before we move forward, we need to know some facts about this temptation.

First, it should be a comfort to you that Christ was tempted, meaning that your temptations, if you don’t give in to them, are not sins, they’re only afflictions.

We know this because Jesus was sinless His entire life. So being tempted is not a sin…giving in to temptation is.

Second, you need to realize that temptation has a purpose. Jesus was led by the Spirit into the desert to be tempted by the devil. So, what was the purpose? Well, there were actually dueling purposes here. Satan’s purpose and God’s purpose.

The devil’s purpose in temptation is always to drive a wedge between you and God. He wants to cut off your fellowship with God and he does that by causing you to sin. He wants to bring out the worst in you. And then he wants you to believe that God could never forgive you for falling short. He tempts you to lose your temper…and then condemns you when you do. That’s why he’s called the accuser. Because he even accuses you of sins that God has already forgiven. He loves to remind you of your failures, of your past mistakes. He’s called the destroyer. He comes to destroy, to do evil. That’s his purpose. He’s called the thief, because he tries to rob you of your value, purpose, and identity. Satan’s goal is to render you useless, broken, and defeated. John 10:10 says, “The thief comes only to steal and kill and destroy; I have come that they may have life, and have it to the full.”

God, on the other hand, has an entirely different purpose when He allows the enemy to tempt us. When God allows temptation in our lives it’s to bring out the best in us and give us an opportunity to love Him more than our desires. It also allows Him to display His power at work in us.

In 2 Cor. 12:9-11 Paul writes, “But he said to me, “My grace is sufficient for you, for my power is made perfect in weakness.” Therefore I will boast all the more gladly about my weaknesses, so that Christ’s power may rest on me. That is why, for Christ’s sake, I delight in weaknesses, in insults, in hardships, in persecutions, in difficulties. For when I am weak, then I am strong.”

When we’re faced with temptation and we make the right choice, God is glorified, Jesus receives honor, our character is built, we grow in spiritual and emotional maturity, and the Kingdom of Christ is advanced.

Third, we need to realize temptations come in many different forms. Satan’s goal is to make sin look good to us. When I was in Washington DC, I got a crash course on addiction, by those who lived through it. In every case, no matter what the addiction, the story was always the same. The temptation came as a way to solve or relieve some other problem or issue. In every case, it promised one thing but delivered something entirely different.

Verses 3-4 (first temptation) – In Jesus’ case you’ll notice that He had just fasted for 40 days and 40 nights and he was hungry. And the tempter comes to Him and says, “If you are the Son of God, command these stones to become loaves of bread.” Satan is not doubting that Jesus is the Son of God. He’s saying, “If you are the Son of God – and You are – then command these stones to be bread.” What he wanted Jesus to do was to fulfill a legitimate need in an illegitimate way. Is there anything wrong with Jesus creating bread? No! Later on, in the story of the fishes and the loaves, He does it for 5,000 people. Satan is questioning God the Father’s love, His provision. If God loves You, why are You hungry? Why do you still have this unfulfilled need?

Satan uses our desires to trick us and trap us. In this case he was trying to use Jesus’ legitimate physical need. And Jesus says to him, “It is written. Man shall not live by bread alone but by every word that proceeds out of the mouth of God.”

Verse 5-7 (second temptation) – Satan comes to Him again. Scripture says, “Then the devil took him to the holy city and had him stand on the highest point of the temple. “If you are the Son of God,” he (Satan) said, “throw yourself down. For it is written: “ ‘He will command his angels concerning you, and they will lift you up in their hands, so that you will not strike your foot against a stone.’ ”

Satan falsely uses scripture to try to get Jesus to question the Father’s power and protection. Some also feel that this was a way to tempt Jesus’ pride. Either way, I don’t want you to miss this point. Scripture used out of its proper context, can be heresy. It doesn’t matter whether Satan does it or I do it.

But Jesus is Jesus, He was having none of this cheap showboating to try to glorify Himself or test the Father’s ability to protect Him. So, Jesus answers in verse 7, “You shall not put the Lord your God to the test.”

Jesus would never react to a Biblical text out of context. Again, we come back to the significance of not only reading God’s Word but studying it. The Word of God is our best weapon against the enemy.

One, you need to prepare for Satan’s attacks by having the Word of God planted in your heart. Not knowing God’s Word is like going into battle with an empty gun.

Two, when tempted you need to react quickly and decisively to reject the temptation. When you do, the Bible says that the enemy will flee. If you choose to wait, if you are waffling in your conviction, if you leave the door open, you will usually fail. You say to yourself, “I can hang out with these people without getting pulled into what they’re doing.” Or, “I can go over to my boyfriend’s or girlfriend’s house when their parents are gone.” Or, “I can flirt with my co-worker on the business trip. Nothing will happen.” Have you ever tried to stop yourself half way down a wet slide? It’s very difficult.

Verse 8 (third temptation) – Scripture says, “the devil took Him to a very high mountain and showed Him all the kingdoms of the world and their glory and he said to Him, “All these I will give You if You fall down and worship me.”

You’ll have to wait for Part 2 of this message to learn how Jesus responded and its significance for you. 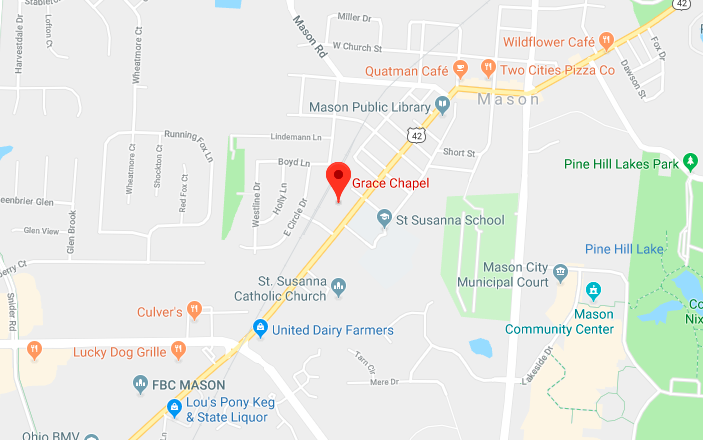 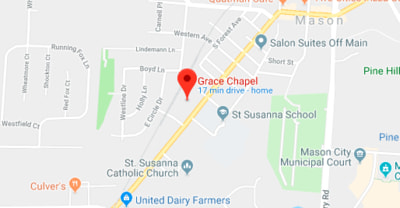